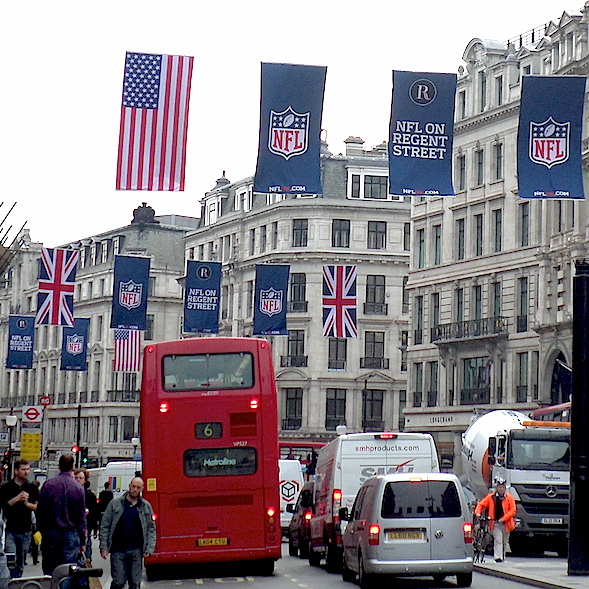 Where are you from?

That is a simple question, isn’t? Well, for some of us, the answer is not so straight forward.

My experience in London in the past four months has included fascinating dialogue with people I have come across. It is one thing I have come to expect from such a global city where you are bound to meet people from so many places around the world.

Such interactions have sparked in me the need to explore my conception of identity as part of my own self-discovery process. Primarily because most of us conflate place of origin and ethnicity with identity.

If I claim to be from a certain part of the world, what does that mean about the way others expect me to look, speak, act and be? In engaging in this inquiry, the first realization I have made is that the answer to the question of “Where are you from?” is very telling not only about one’s own perception of identity but also of the one imposed by others.

My standard response to this question when I first arrived was “I am from Mexico?.” However, I did not anticipate the confusion this simplified answer created. I was also faced with having to explain why I speak English with an American accent.

Nancy Landa was brought to the U.S. without papers when she was a child and grew up in Southern California. She graduated with honors from Cal State Northridge where she also served as student body president. And then she was deported.

I began to be confronted with a part of myself I have been denying since my “return” to Mexico. I suppose that part of the process of incorporating back into Mexican society after living my formative years in the U.S. included embracing my Mexican-ness to avoid being perceived as an outsider. Once again, I was posed with assimilating and adapting to fit in into a new host society. I did not find it safe to publicly embrace the American identity I had formed growing up in the U.S. because of the negative discourse about those that emigrated from Mexico and those that return due to a deportation. I felt I needed to hide any evidence that would label me a foreigner.

Despite my best efforts, my American accent was also picked up in my spoken Spanish. I was not saved from having to excuse it by saying, “… well I really don’t sound Mexican when I speak Spanish because I grew up outside of Mexico.” Then, I hoped for no further inquiry because I did not want to explain why I was back in Mexico.

However, my response of “I am from Mexico” attached with such a disclaimer was still excluding a part of me. The fact is that I am far from being ONLY Mexican. I simply had to look at the way I carried my life on a day-to-day basis. That little inner voice that we all carry with ourselves every single moment speaks to me in English.

At my previous job during team meetings, even if they were conducted in Spanish, I would write my meeting notes in English. I would read the news in English as well as American radio stations. I still watch American shows. I keep networks of friends in the U.S. who I communicate in English. I continue to celebrate Thanksgiving and NFL Super Bowl becomes an excuse for organizing family and friend gatherings.

I also acknowledge Mexican Independence Day. I speak in Spanish with my parents. I can only pray and listen to mass in Spanish and Mexican food continues to be my favorite cuisine. I am Mexican by ethnicity and nationality but I lived most of my life in Los Angeles as an American. When you factor all these variables, what conclusion can I arrive about my own identity? Am I more Mexican or American?

Coming to London did not save me from this identity dilemma. My answer to THE question now has a second part; “I sound American because I am ALSO American?.” I am culturally American. That is the truth I cannot hide any longer. Interestingly, most people agree with that. They understand. Your home is where you grew up. Where you set up roots. Where you formed your identity. Unfortunately, immigration laws fail to acknowledge that.

So when I am asked about my identity, I now explain that by nationality I am Mexican, that culturally I am American. That you can be removed from home if you are undocumented. That one day you can get picked up by immigration officers and be thrown back to what is supposed to be your home. That when you are back in this foreign place where you hold a nationality, you are questioned as to why you do not speak as someone that grew up there, or why you think or act differently. At the end of this complicated explanation, the inquirers would then understand the injustice of restrictive immigration laws. They understand why I am here studying global migration.

I return to the question – how can such complicated experience be captured in a single label? It seems that the only thing left to do is to accept that I have a hyphenated identity*.

I am Mexican-American. That is the identity I declare for myself moving forward, whether or not there exists a document to validate it. Because who you are should not be dictated by a government or a society. Because it is my choice to embrace the worlds that I am part of, even if it means engaging in a fight for inclusion and belonging. Just because there are immigration policies that do not permit me to return to the place I grew up and was once my home, it does not mean that my identity also remained on the other side of the border. It goes with me everywhere I go and it has followed me to London. It just took me to answer a simple question in an honest manner to realize it.

The problem is that we are trained to have a simplified view of a complex social construct as is identity. It is easier to place others in categories that match the ethnic check boxes we are used to seeing in government documents. The problem is that when you adopt a label that is not easily understood, it can be quite threatening. But I dare to say that is precisely the reason why such conceptions need to be challenged. Because if we are not able to embrace who we are, we cannot expect our friends, our communities and governments to do so either. The process of claiming our own rights begins with each of us embracing the truth of who we are.

(*) I came across the concept of hyphenated labels and identities in my reading of the following book which discusses the claim of American identity by immigrant children/youth that arrive in the U.S.: Stepick, A. and Stepick, C. (2003) ‘Becoming American’ in N. Foner (ed.) American Arrivals: Anthropology Engages the New Immigration, New Mexico: School of American Research Press, 129-161.